*There is a possibility that this exhibition's schedule may be modified in order to prevent the spread of the COVID-19.

Pompeii, an ancient city that once existed in Southern Italy, was picturesque, blessed with fertile soil and a view of the Bay of Naples. A key hub of travel, Pompeii flourished around 2nd century BC, and over time it also began to develop as an area for Roman villas. However, in the year AD 79, Mount Vesuvius, which lies northwest of Pompeii, erupted, completely burying the city.

Houses, Temples, works of art, and household goods laid untouched for roughly 1700 years, having been quickly enveloped by volcanic sediment. Finally, in the 18th century, Pompeii was opened up, with the excavation continuing to this day, work that truly is like opening a time capsule. Pompeii and the surrounding ruins are a treasure trove of material through which to learn about the lives of ancient Roman citizens, and the wealth of knowledge that the ongoing excavations have brought to the research of ancient history, art, and culture is immeasurable.

The results of these excavations will be on display in this exhibit, thanks to the full cooperation of the National Archeological Museum of Naples. The exhibit features approximately 130 items in total, including items that will be on display for the first time in Japan. The mosaics, frescoes, statues, and relics on display introduce the richness of life in Pompeii, and are all artifacts of which the museum is proud. Among these, a detailed mosaic excavated from the House of the Faun, the largest house in Pompeii, cannot be missed.

The Special Exhibition POMPEII is the definitive Pompeii experience, and we hope you enjoy your voyage 2000 years back in time to this ancient city. 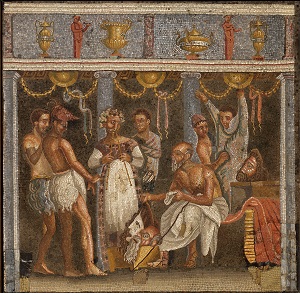 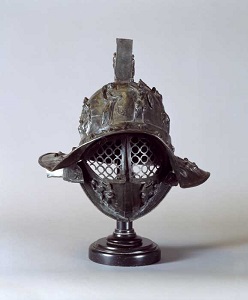 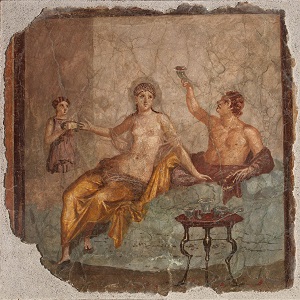 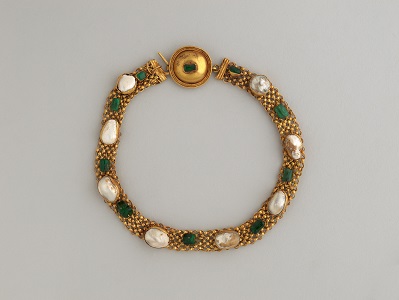 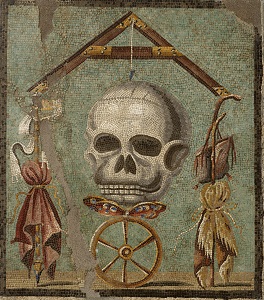 “Beware of the dog”
1st century